Few mountains in the world rival the grandeur of Mount Kailash (6714m) , the famed holy peak in Western Tibet. Kailash has long been an object of worship for four major religions. For the Hindus, it is the domain of Shiva. It is also the abode of Samvara-a multi armed, wrathful deity worshipped in the Chakrasamvara Tantric cycle of Tibetan Buddhism. The Jains of India also revere the mountain as the site at which the first of their saints emancipated. And in the ancient Bon religion of Tibet, Kailash was the sacred nine storey Swastika Mountain, upon which the Bonpo founder Shenrab alighted from heaven.

Sprawling below Mount Kailash is the sacred Lake Manasarovar (4560m), where a ritual bath will deliver a pilgrim to Brahma's paradise and a drink of its water relinquishes the sins of a hundred lifetimes. The 53 Km Kailash circuit is the holiest of all Tibet's pilgrimages and the beacon which draws most travellers to Western Tibet. It is said that a Single Parikarma erases the accumulated sins of a lifetime, while 108 circumbulation will achieve Salvation Or Nirvana.

Road Condition between Kathmandu and border is average good through hilly side from Trishuli city, Before it the road is well maintained. Once you arrive near Dhunche some portion are not paved and some time landslide may disturb which may cause waiting for a while or if impossible may also need to change another vehicle. After that once you arrive Syabru Besi the road condition is good and after that till border it is rough and bumpy road. After crossing border to China side the road until Kyirong good after Kyirong all the way to Kailash is newly fantastic paved road.

We provide best reviewed 3 star hotel in Kathmandu and best available guesthouses during your trip to Kailash. There is some portion in Tibet where we could provide hotel such as at Saga, we provide newly built 3 star hotel, Darchen We could provide well maintained guesthouse with attached bath and some portion it is still remain remote area where only dormitory local guesthouse available. As Kailash Tour is adventure trip and pilgrimage, please do not expect fancy hotels with modern facilities. Some portion it is only available basic amenities such as Manasarover and During Kailash circumambulation trek and also in Khyunglung area of western Tibet.

As you are travelling on the Tibetan pleteau over 4000m high terrain altitude symtoms may arise such as headach, loss of appetite, nausea, vommiting, sleeplessness, breathlessness and stomach desorder etc. We always provide consultation on altitude problem during your trip preparation with full information and also we prepare first aid kit and other equipement such as PAC (Portable Altitude Chamber) to prevent against AMS (Accute Mountain Sickness). All trips to western Tibet around Kailash region are not that much difficult in terms of adventure and comparing other high altitude expedition, Everybody could join in our tours but As the tempreture varries greatly between 20° centigrade to -10° centigrate one should prepare accordingly. One important note is if some one has problem of heart and longs or asthma need to consult with their doctor before undertaking trip.

Chinese custom opens 10 AM to 6 PM Beijing time (Beijing time is 2.15 hrs ahead of Nepal time) we must need to be checked in between this time. Your all permit and visa will be arranged by Tibet Holidays and also our representative will assist you while border check in and check out. The Currency in Tibet is Chinese Yuan or RMB, The vallue of money as of today is USD 1 = RMB 6.5 and 1 RMB = INR 11 for Indian pilgrims. Money can be exchanged from our office which would be good to return if remained after trip or you could exchage at border with personal money changer. Note: you must need to exchage the remaining amount with the same person or agency from where you exchaged. ATM machine are available at Shigatse city, Gyantse and Lhasa. Now most of hotels accept USD and EURO in Tibet.

Today our representave will welcome you at airport and then you will be driven toward the booked hotel.

Today you have full day in Kathmandu for Puja at Pashupatinath, it is believed that you must have to have blessing of Pashupatinath before moving Kailash Yatra journey to be a successful Kailash yatra. So you will be taken to Pashupatinath temple for Puja in the morning time and after that a short tour to Bouddhanath stupa nearby. Evening you will have briefing program about further journey toward Kailash.

Today the journey starts for Kailash starting from 5 AM in the morning, Breakfast will be packed from the hotel as we need get immigration formalities on time at the border and also we have a bit rough and tough way to get border on the hillside driving in Nepal side. Once we reached at the border our representative will help to pass through immigration both Nepal and China side. Then further further 60km drive to Kyirong will be commenced.

Today we have one full day at Kyirong valley, it is a small local town. Today we will stay one more day here for acclimatization to adjust your body to the elevation for comfortable journey towar Kailash.

Today we will drive to Paryang crossing Saga town, We have an option whether we stay at Saga which is 110km from Kyirong or we drive further for 340km to Paryang. It is the best option to drive to Paryang as we could be on time next day at Manasarover arround mid day.

Today we will drive to Mansarover crossing Mayumla pass. And today we have enough time to have Havan and Holy deep at the Lake etc.

Today is the toughest day for all Yatries because we need to pass 5600m the highest point during kailash Parikrama. Today we start early 4AM as we need to ascend long way toward the Dolma La pass, The way is not steep asceding It is a horizontal ascending and after pass You will short visit the Gauri Kunda just bellow Dolma La Pass after that the way steep descending toward Khando Sanglam then the way becomes normal until Dzultulphuk.

After 2.5 hrs trekking from Dzutulphuk, our vehicle will meet at Mani wall then we will drive to Darchen. After lunch we will drive to Paryang or Dzongba if time permits the nightstay may be Saga too.

Today all the way back to Kyirong the drive toward Kyirong border after that we will clear immigration and drive to Syabru. Where we will have lunch and after Lunch we wil drive toward Kathmandu.

Today you have free time until airport time for shopping or other personal purpose. And drive to airport for final departure to Home. 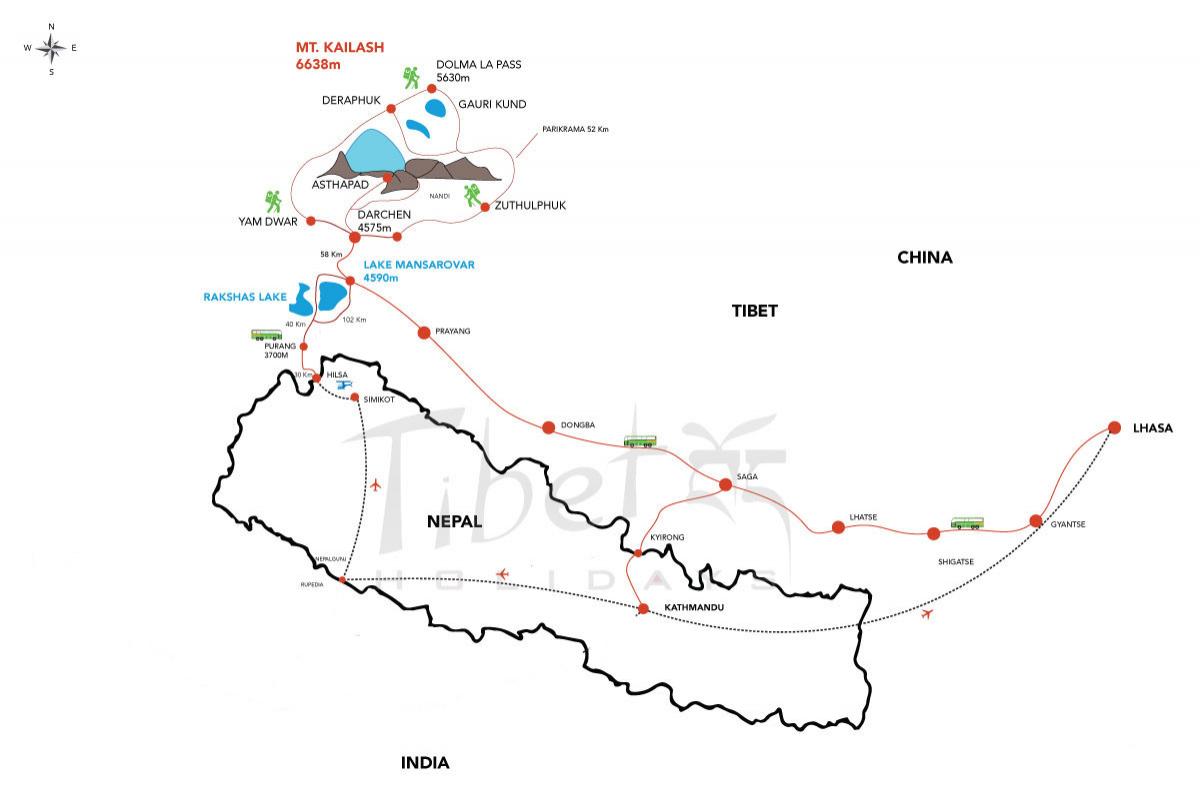 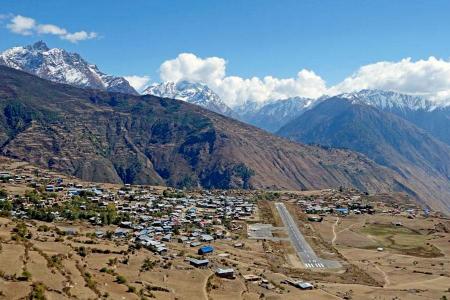